So, I’m studying to be an Architect, right?  I am constantly drawn towards any aspect of design.  And for me, I thoroughly enjoy the art of “instructional signage.”  These purely pictorial elements give a direct command with just a glance and I am always amazed how the designs themselves can vary so greatly, yet still convey the same message.

I was first introduced to this “art form” after watching an episode of BBC’s Top Gear, where they interviewed Margaret Calvert who co-designed all of Britain’s road signs.  Since then, I have been noticing humorous signs enforcing funny rules everywhere.  Now, in the States at least, the signs are standardized across all 50 states, but in Europe, they change quickly, while passing from town to town or country to country.

Here is what I found:

Barcelona had quite a variety of signs.  The warnings are serious, but the pictures are humorous! 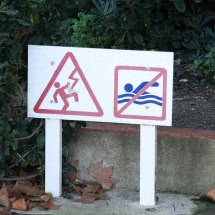 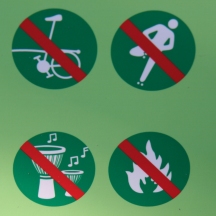 Barcelona and Istanbul had construction signs I had never thought of before. 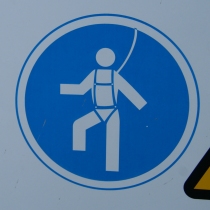 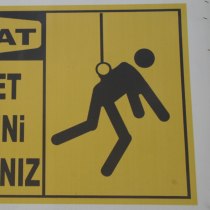 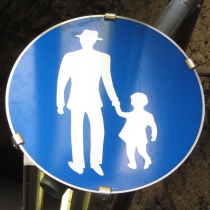 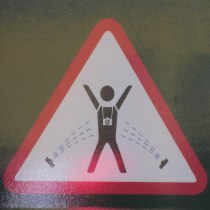 Sprinklers. Save your camera.

London and Croatia‘s text signs were lost in translation or tampered with. 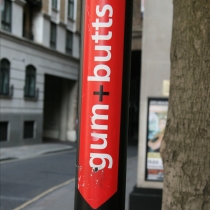 I’m not sitting there! 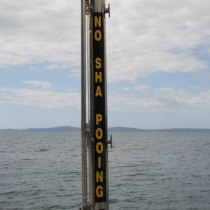 Copenhagen and Paris have some funny signs! 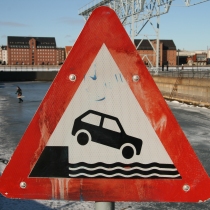 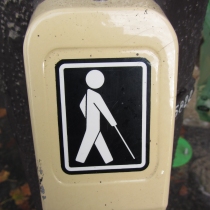 Paris.  The cane is a nice detail.  This crossing sign was for blind citizens, but it had no texture. 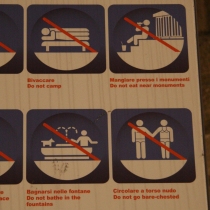 No eating on the monuments, camping, or bare-chests?! 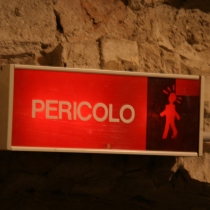 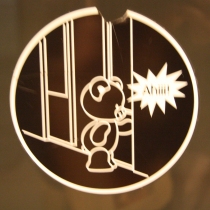 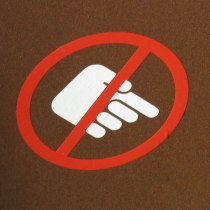 The one sign I saw everywhere was to clean up after your pets. There was so much diversity between the signs, but they all conveyed the same message. 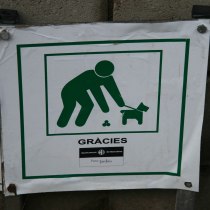 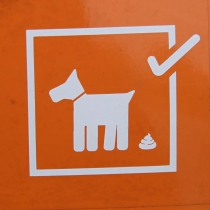 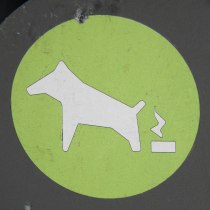 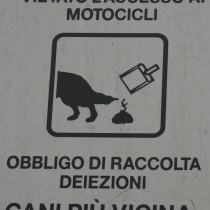 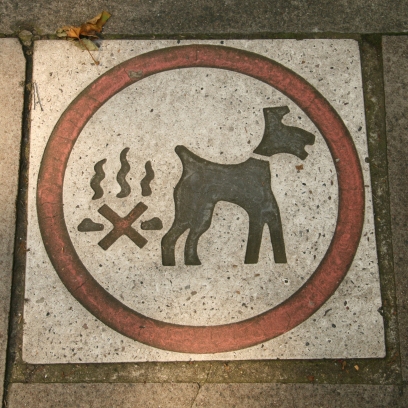 May your next trip be well informed and full of humor.

It’s the end of October and PLP (preparatory language program) is almost over! Only the final test and then we are off for a 10 day break from class before “real school” starts. My fall semester classes will include:
– Architecture Studio
– Italian Conversation
– Italian Grammar
– Florentine Architecture
– History of the Italian Renaissance
What are our plans for the break? Sar, JC, Fran, and I are first heading to Paris, France and then to Berlin, Germany! I’m so excited!

Our flight to Paris left out of Pisa, so we took and earlier train so we 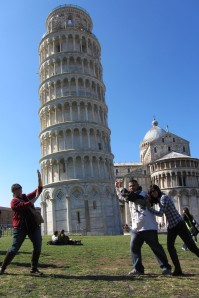 could visit the leaning tower. After a short walk from the Pisa Centrale train station, the leaning tower began to poke above the surrounding buildings. It was a beautiful day and we had so much fun taking funny pictures of us leaning against the tower and laughing at the other people who were doing the same.

We flew with EasyJet and made it to Paris Orly on time! We rented a one-room apartment (cheaper for four people then staying at a hostel) in the artist’s district near Sacré-Coeur. Now time to find a truly Parisian dinner: a crepe!

Off to explore early today! We grabbed some amazingly fresh pastries (croissant with almond paste. Yum!) to eat on the road. We took the metro to the Pompidou Center (Center of Modern Art designed by British architect Richard Roger and Italian architect Renzo Piano) and then made our way towards Notre Dame Cathedral. We walked past the Hotel De Ville and discovered a huge crowd gathered.

We discovered that a very important rugby game was being played: France vs. New Zealand. For the rest of the day, we were asked if we were from New Zealand and here to watch the match!
We visited Notre Dame Cathedral during the 10:00 mass.

This beautiful, gothic cathedral amazes me every time I see it. Gothic architecture is one thing the French perfected with the beautiful stonework, flying buttresses, and huge stained glass windows. Just in front of Notre Dame is a bronze star, marking the center of Paris. Legend says that if you stand upon this star, you will one day return to Paris. I stood on it last time and I came back! So we all had to take our turn. 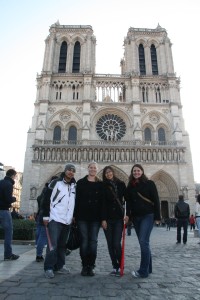 Today was packed with visiting many different architecture sites. We wandered through the Latin Quarter to the Arab Cultural Center. This building is a must see because of its innovative skin system. It has a series of gear-operated oculi that open and close depending on the sun. We also went to the Pantheon, a church turned tomb. Previously the resting place of the French Kings, during the revolution the kings were removed and replaced with the great French thinkers including Voltaire, Rousseau, Dumas (author of the Count of Monte Cristo), Victor Hugo, and Madam Curie. We wandered through the Luxembourg Gardens (home to France’s Senate), 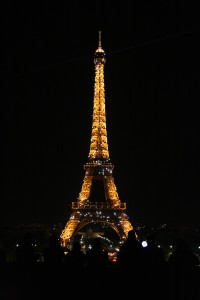 past the Hotel Invalids (tomb of my dear Napoleon Bonaparte), and to the Tower Eiffel.

By then, it was dusk and the glittering lights of the tower were just turned on. JC and Fran hiked up to the second level of the tower. Sar and I had been up the tower before and our feet were killing us, so we opted to sit across the river at the Trocadéro and admire the beautiful lights while dodging the Nigerian guys selling key-chains of the tower. We walked to the Arc de Triumph, down the Champs-Élysées, and finally took the metro back to our apartment. A long, painful, yet absolutely wonderful first day in Paris! 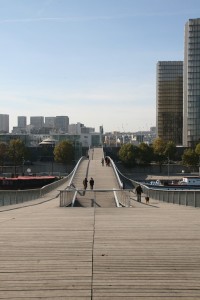 We were up early again today, with croissants in hand, to discover more of Paris’s fantastic architecture. We took the metro to the east end of central Paris. We visited the National Library, which consists of four towers at each corner of central courtyard filled with trees. It was a very cool building. We visited an apartment designed by architecture god, Le Corbusier, and then walked through the campus for the University of Paris. One of the coolest pieces of architecture happened to be a bridge we used to cross the River Seine. This bridge had to connect the street level and the river level. Each end of the bridge left from the two levels, paths wove through each other, connecting at points before reaching the other side of the river. We walked through Parc de Bercy and discovered at cinema museum designed by Frank Gheary. 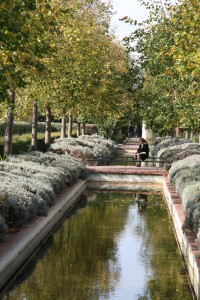 For lunch we bought a picnic lunch. I had a Croque Madame: grilled ham and cheese sandwich with an egg fried on top. We ate on the Promenade Plantée, a garden built on an old railway line, 15 feet above the street level. This park winds through the apartment buildings for 4 miles of plant lined walkways (A similar park was recently finished in New York City). After a nice stroll away from the rush of the streets, we took the metro to the Grand Opera.

The Grand Opera was designed as part of a city organization project. 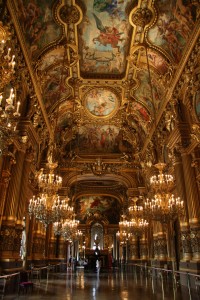 Large boulevards were carved through the crowed apartment buildings to connect important monuments like the Arc de Triumph to the Louvre, and the Grand Opera to the Tuileries Garden. The Grand Opera’s gold leafed roof only hints at the gilded décor inside. We walked through the marble lined lobby, down the recently restored Grand Foyer, and to a balcony overlooking the theater itself with the beautiful crystal chandelier. It is places like these that are so amazing to visit because they inspired stores like The Phantom of the Opera and was the subject matter for Degas’s paintings of the Ballerinas. 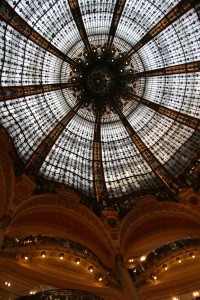 For dinner we visited to Galeries Lafayette not just to gawk at the beautiful glass ceiling and sample French perfume, but to take advantage of the artisanal food market. We got some drinks, quiche, and French bread and enjoyed our purchases in another park, before heading home early for bed, happy and tired.

JC and Sar took and early train to the town of Chartes today to visit one of the first Gothic Cathedrals, Notre Dame at Chartes. Fran and I took to the parks. It is amazing how much I miss trees and grass. In Florence, the center is stone walls on stone floors, stone buildings lining stone piazzas. Though the ancient architecture is so beautiful, there is something brilliant and somewhat necessary about having nature and parks within a crowded and congested city. Fran and I slept in, got ready slowly, and then spent the morning wandering through the Tuileries Garden. This extension from the Louvre provides many chairs for sitting and relaxing around the fountains. We admired some art, took a nap, and soaked in the sun on this crisp morning. 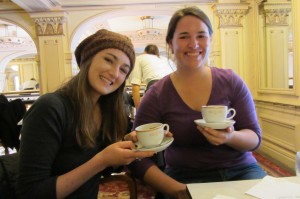 At 1:00 we met up with JC, Sar, and my friend Meg (remember her from Cinque Terre? My friend from home that is studying for the semester in Paris). We went to my favorite patisserie, Angelina, for their amazing hot chocolate. This hot chocolate is so thick and rich. We are also given cups full of whipped cream to stir in. Yum yum yum…

We made our way to Park Andre Citron. Former home of the Citron auto factory. This park is one of my favorites and I have done much study from its layout and planning when working on my projects for school. The large central lawn has two green houses at the east end and six smaller, themed gardens to the north. I really enjoyed wandering the park and discovering all of the things I had learned about in studio.

For dinner, Meg took us her favorite creperie in the Latin Quarter. We ate outside the Shakespeare and Company bookshop (first English bookstore in Paris) in view of Notre Dame. 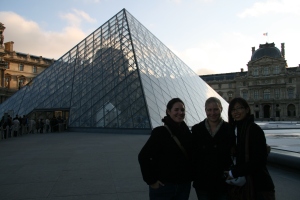 was The Mona Lisa. The benefit of studying in Italy for a year, is that we are granted residency! This allows us to visit many of the European Union state museums for free! We ran through the Louvre (you could spend a week in there admiring the art) seeing Mona, the wings of Victory, Venus de Milo, and so many more great works!

I will always have a soft spot in my heart for Paris. I love the architecture, the food, and telling people about its fascinating history. Perhaps a tour guide of Paris is in my future? I need to learn French first…